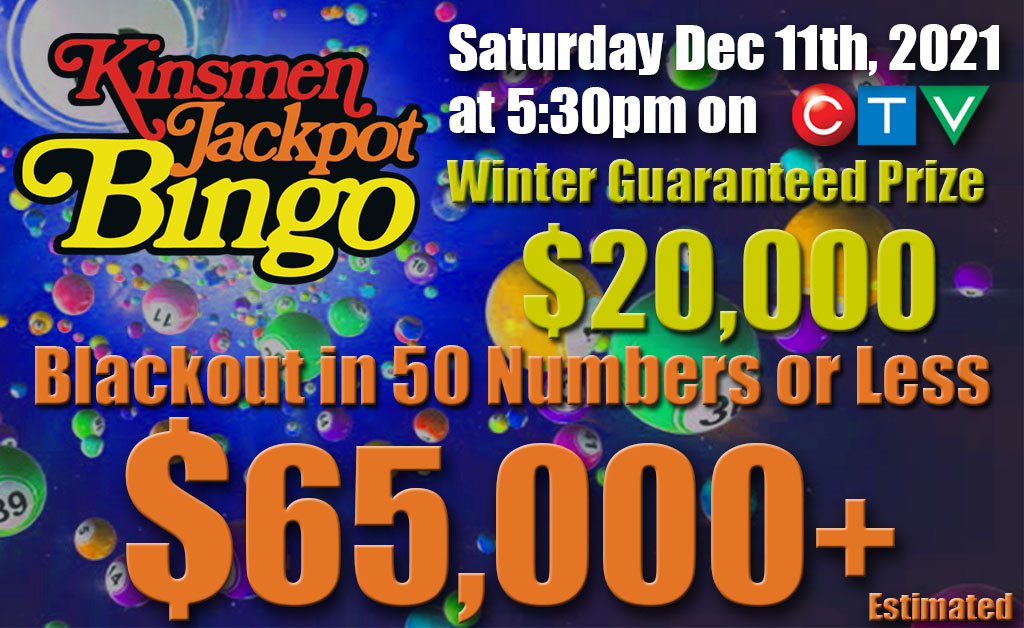 Cards are $5 for a 6 play area card.
Jackpot starts at $20,000 and grows each week by $1 per card sold
Previous game broadcasts are viewable here.
Watch our show live on CTV Winnipeg or YouTube Live